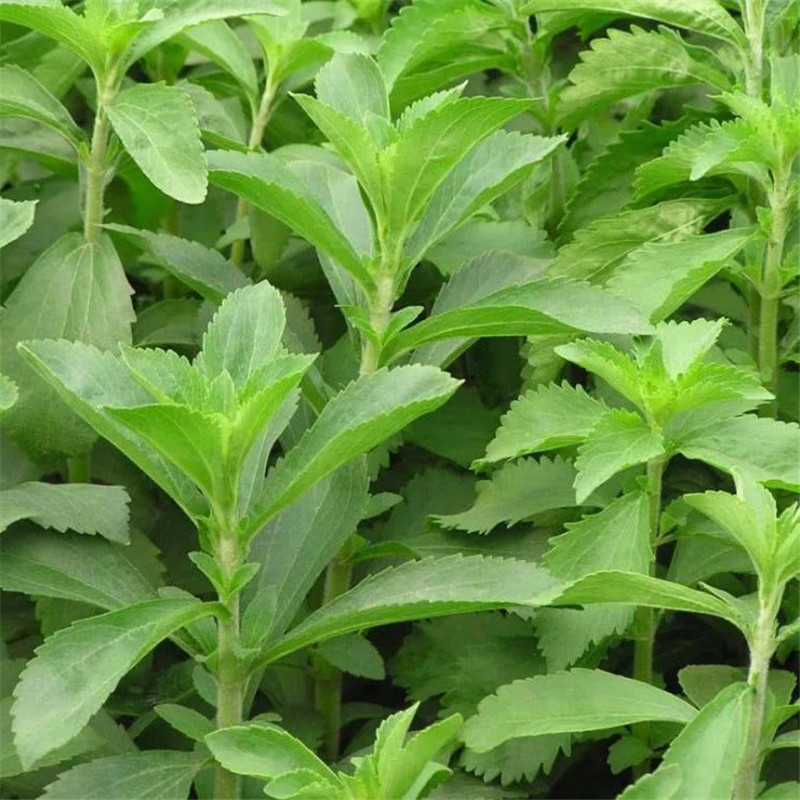 Stevia extract (Stevia Leaf Extract, CAS NO. 57817-89-7) is extracted by Water and Ethanol from the leaf of the plant Stevia rebaudiana (Bertoni) Hemsl.

Stevioside (CAS NO. 57817-89-7, Chemical formula: C38H60O18) is a glycoside derived from the stevia plant, which can be used as a sweetener.[1] Evidence of benefit is lacking for long-term effects on weight loss and heart disease risks.

Stevioside (CAS NO. 57817-89-7, Chemical formula: C38H60O18) is the main sweetener (along with rebaudioside A) found in the leaves of Stevia rebaudiana. The sweetening power of stevioside was estimated to be about 300 times stronger than cane sugar.

Stevia Extract, as a new natural sweetener, can be widely used in various beverages, food, medicine, feed and daily chemical products. Broadly speaking, stevia extract can be used in almost all or part of any product that uses sugar.

Certificate of Analysis For Reference